Ministry of Internally Displaced Persons from the Occupied
Territories, Accommodation and Refugees of Georgia 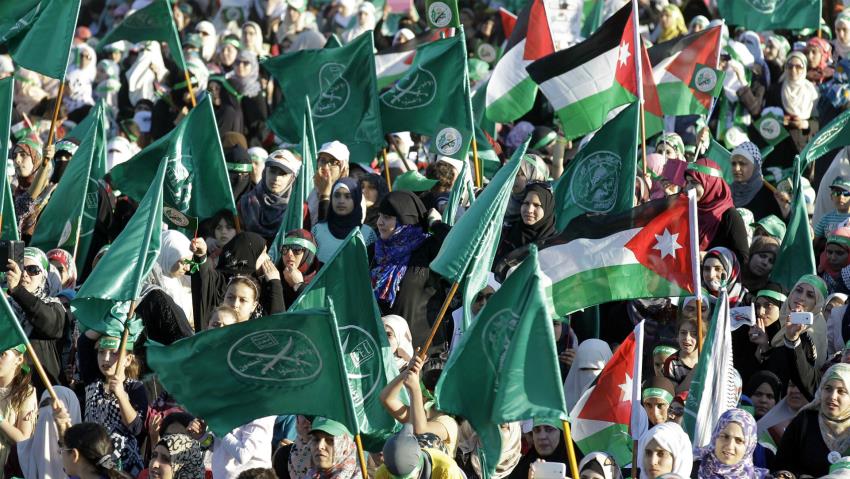 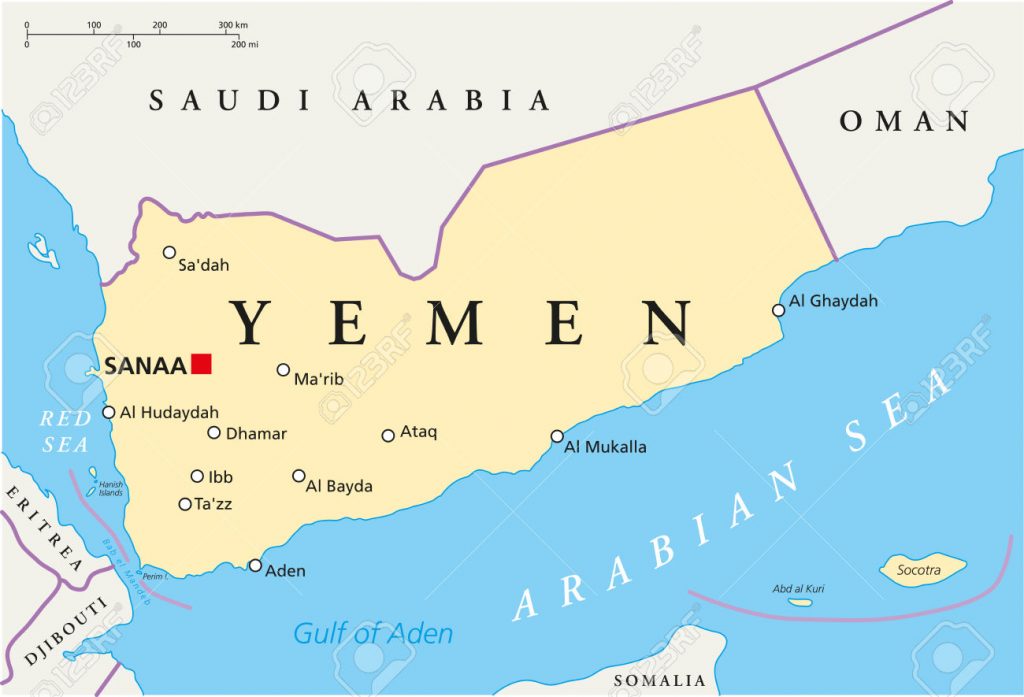 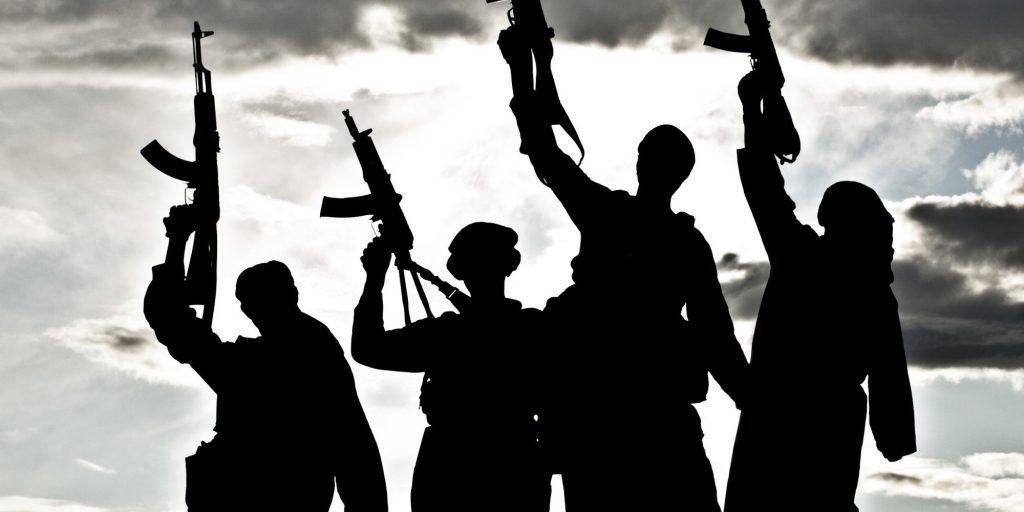 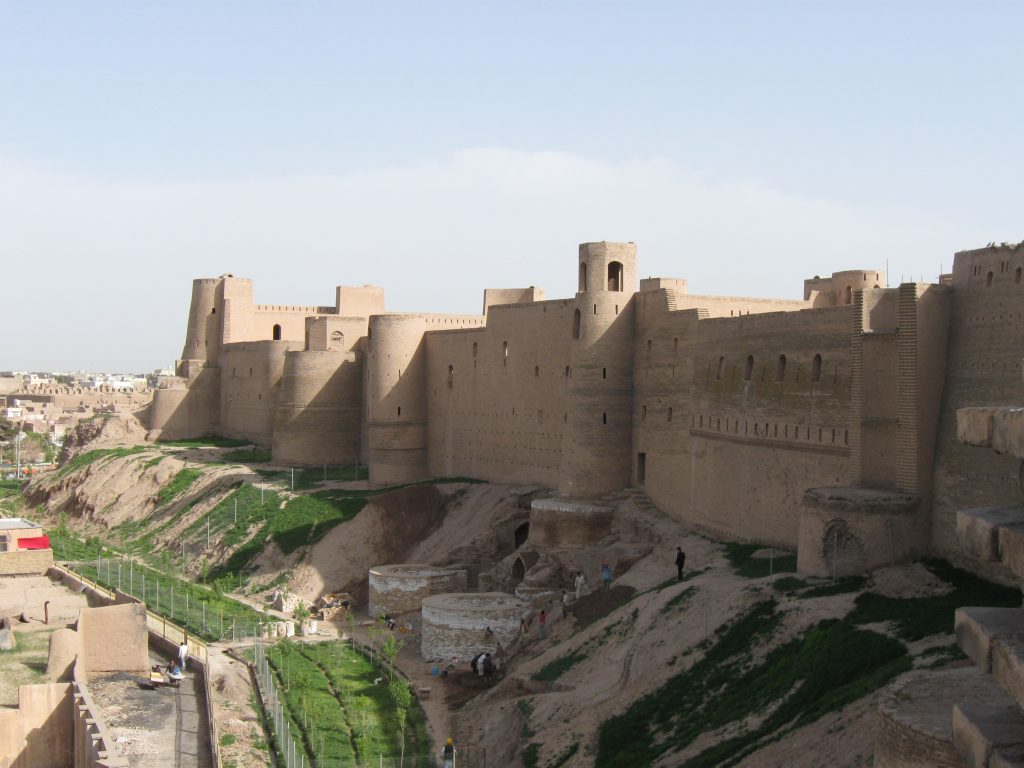 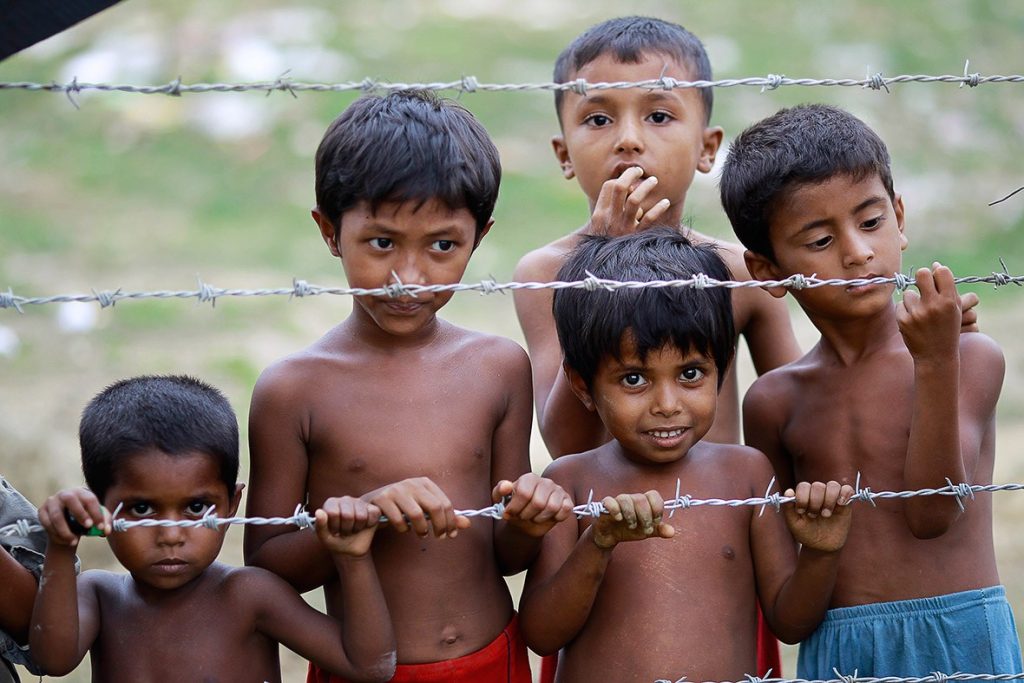 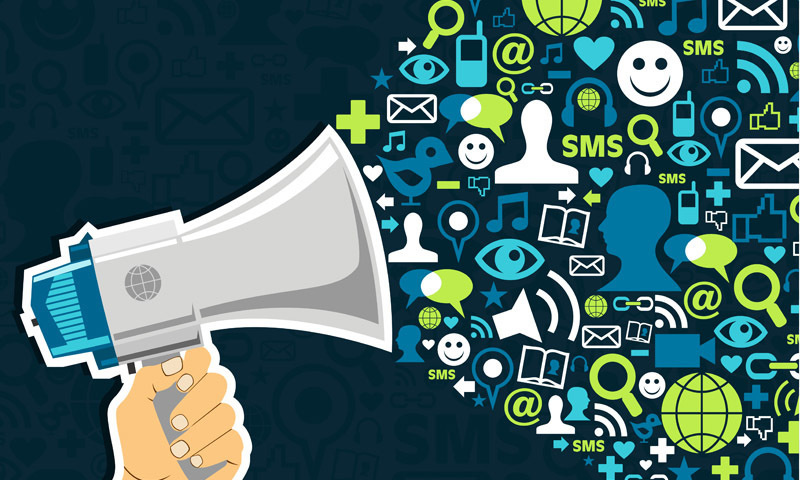 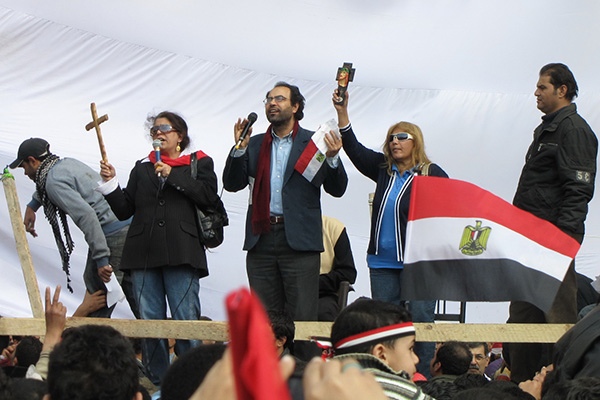 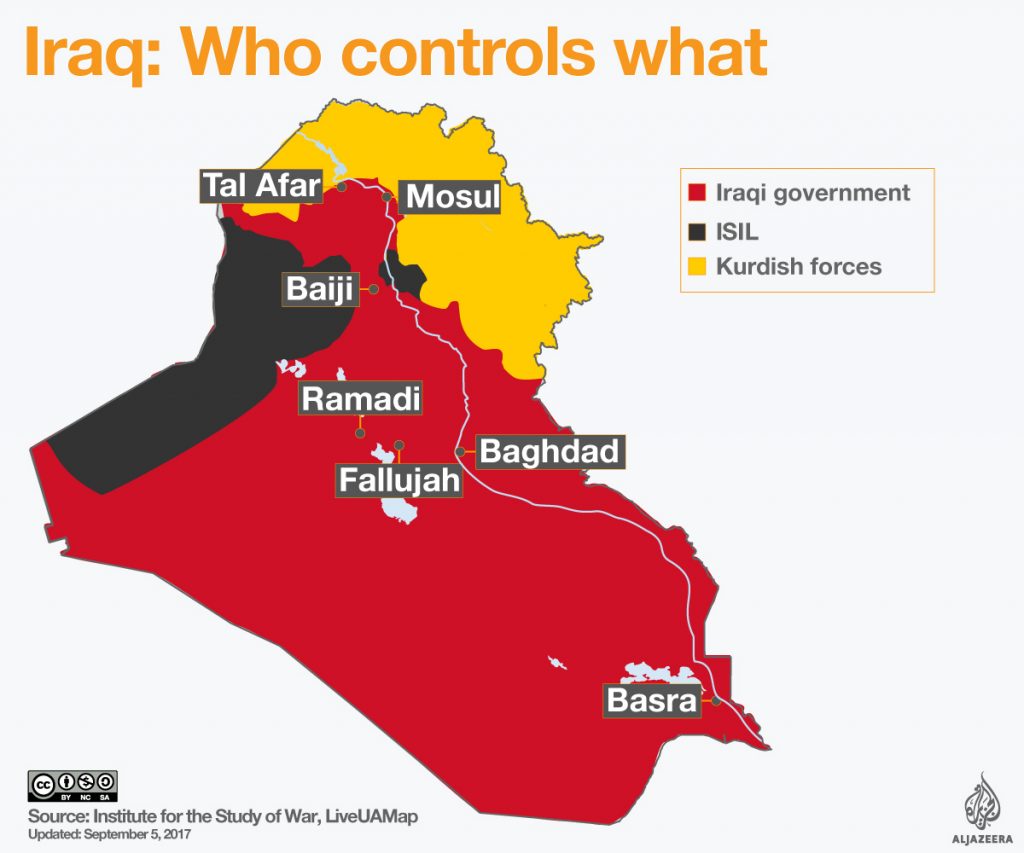 The U.S. government estimates the population at 82.8 million (July 2016 estimate). According to U.S. government estimates and other statistical reports, including Global Security and Iran Press Watch, Muslims constitute 99 percent of the population; 89-94 percent are Shia and 5-9 percent Sunni (mostly Turkmen, Arabs, Baluchis, and Kurds living in the northeast, southwest, southeast, and northwest, respectively). Afghan refugees, economic migrants, and displaced persons also make up a significant Sunni population but accurate statistics on the breakdown between Sunni and Shia are unavailable. There are no official statistics available on the number of Muslims who practice Sufism, although unofficial reports estimate several million.

The constitution states the Hanafi, Shafi, Maliki, Hanbali, and Zaydi Sunni schools of Islam are “deserving of total respect” and their followers are free to perform religious practices. It states these schools may follow their own jurisprudence in matters of religious education and certain personal affairs, including marriage, divorce, and inheritance.

The only recognized conversions are from another religion to Islam. Apostasy from Islam is a crime punishable by death. Under the law, a child born to a Muslim father is considered to be Muslim. By law, non-Muslims may not engage in public persuasion, or attempted conversion of Muslims.[1]

Sunni Muslims complain that they have been prevented from building mosques in major cities and face difficulty obtaining government jobs. In recent years, there has been increased pressure on the Sufi Muslim order Nematollahi Gonabadi, including destruction of their places of worship and the jailing of some of their members.[2]

The government discriminates against religious minorities, including Sunni Muslims, and restricts cultural as well as political activities among the country’s Azeri, Kurdish, Arab, and Baluch ethnic minorities. On August 2, Molavi Abdolhamid, a prominent Sunni leader, wrote a letter to Supreme Leader Ayatollah Khamenei asking him to remove restrictions on the appointment and employment of Sunnis in Sunni-majority areas and to remove restrictions on Friday prayer assemblies in major cities in Iran. Ayatollah Khamenei reportedly responded that Iranian law and Sharia oblige officials not to discriminate between Iranians based on religion or ethnicity.[3]

Members of religious minorities, including Baha’is, Sufis, Yaresan (Ahl-e Haq), Christian converts and Sunni Muslims, faced discrimination in law and practice, including in education, employment and inheritance, and were persecuted for practicing their faith.[4]

According to human rights groups and the United Nations (UN), at least 120 Sunni Muslims are in prison on charges related to their beliefs and religious activities. In August 2016, approximately 22 Sunni Muslims were executed for “enmity against God,” including Sunni cleric Shahram Ahmadi, who was arrested in 2009 on unfounded security-related charges and reportedly forced to make a false confession. Several other Sunni Muslims are on death row after having been convicted of “enmity against God” in unfair judicial proceedings. Leaders from the Sunni community have been unable to build a mosque in Tehran and have reported widespread abuses and restrictions on their religious practice, including detention and harassment of clerics and bans on Sunni teachings in public schools. Additionally, Iranian authorities have destroyed Sunni religious literature and mosques in eastern Iran.[5]

In July 2014 Sunni Prisoners Iran, International Campaign for Sunni Prisoners in Iran, a local Iranian NGO, reported the arrest of a Sunni convert as part of a crackdown on Sunnis, “The Iranian security forces arrested yet another Ahwazi Sunni convert in the Khuzestan province on Thursday, with at least ten other Sunni converts arrested in the area within the last fortnight. 35-year old Saeed Haydari, who recently converted from Shi’ism to Sunni Islam, was arrested on 24 July 2014 at his home in the town of Taleghani (Al-Kora) in Mahshahr city, Khuzestan.His arrest is believed to be directly related to his religious activities and his conversion to Sunni Islam. The Shia Iranian government has been alarmed by the rise of Sunni Islam among the Ahwazi Arabs in the traditionally Shia-majority Khuzestan province. At least ten Sunni converts have been arrested in the last fortnight alone, with three arrested after openly preaching Sunni beliefs and a further seven arrested after holding congregational Sunni Taraweeh prayers. More than 6000 books mocking Sunni beliefs were also distributed in Ahwaz on Monday, with information printed on the book indicating that they were published on the behalf of the Iranian government.”

In March 2014 the Human Rights Activists News Agency reported that a Sunni convert was arrested in Ahwaz, south-western Iran, as part of a series of arrests targeting converts to Sunni Islam, “Iran’s crackdown of Sunni converts continues as security forces arrest another convert in southwestern Iran. According to the report of Human Rights Activists News Agency (HRANA), 35-year old Jafar Chaldawi, a Sunni convert from Iran’s Ahwazi Arab minority, was arrested on Monday by agents from the Ministry of Intelligence in the Hay al-Thawra district of Ahwaz, Khuzestan province.His arrest is the latest in a series of arrests targeting converts to Sunni Islam in the region. Just days earlier, a 45-year old Sunni convert was arrested in Ahwaz on 6 March 2014. Iranian security forces also arrested more than 20 Sunni converts at a Qur’an and Arabic language study meeting in Ahwaz on 25 February 2014. A further nine Ahwazi men were arrested earlier this year for ‘religious activism’ in Qal’eh Chan’an, Khuzestan province, after converting to Sunni Islam.”[6]

[6] Country of Origin Research and Information (CORI), Iran: Information on situation of persons who convert from Shia to Sunni Islam; how are they treated by the State and its organs, 6 November 2014, Iran1114, available at: